Digital Masterclass on Future of Talent

Digital Masterclass on Future of Talent

Talent remains the biggest differentiator for companies as they compete for market share. customers, capital amongst others. One of the biggest challenges for start- up founders is to bring in the right set of talent and manage them as they build the business. Additionally, the COVID – 19 situation has presented start-ups the challenge of keeping existing teams engaged, preparing for everyday changing business scenarios and building for the future.

Mosaic Digital’s digital masterclass on Future of Talent brings together the greatest minds to deliberate on some key priorities for start-ups around managing the talent. 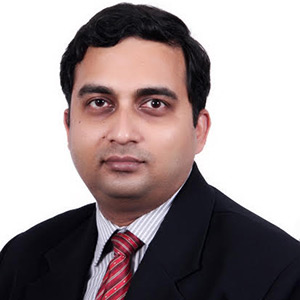 Anuj is a Managing Partner at FIDIUS. He leads the firms Technology and Digital practice and works with clients as they build teams for the digitised world. He has twenty years of professional experience across executive search, consulting and technology. He has built leadership teams for digital and technology businesses including E-commerce, Fintech, EdTech, Logistics, Digital Media, SAAS, Enterprise Technology, Ad-network, Gaming companies amongst others. He has built expertise in working with companies to acquire leadership talent in their journey from start-up to growth stage to large scale businesses.

He has also helped companies across sectors like financial services, manufacturing, consumer, Pharma amongst others in acquiring senior talent as they drive their digital transformation initiatives.

He was heading strategic initiatives at Amba Research managing the inorganic growth initiatives for the firm. At Cognizant Technology, he was based in the US as a part of business consulting team and worked with clients across the US and Europe. He was a part of the leadership team at the business consulting start-up Aptivaa Consulting and worked with clients in the Middle East and South Asia.

Anuj has done his MBA from XLRI Jamshedpur and Chemical Engineering from NIT Trichy. 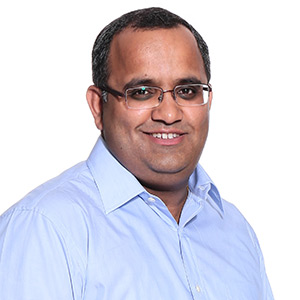 Saurabh is the Vice President – Human Capital at Omidyar Network, which is one of the world’s leading impact investing organization. At Omidyar Network, Saurabh supports ON's portfolio of entrepreneurs in India, with a focus on organization design, change management, talent management and executive coaching. Saurabh has been recognized as one of the Top 25 Future HR Leaders of the Country by People Matters & DDI, International. He is also the recipient of HR 40 Under 40 award by Jombay for the year 2018. Saurabh is a regular speaker at many conferences on topics like Compensation, Talent Management and Gen Y.

Saurabh comes across as a culturally sensitive and a cutting-edge visionary with an extensive experience of over a decade. His Key track record includes setting up of HR function from scratch in both small and mid-sized organizations, leading strategic initiatives towards compensation and benefit management, improving HR Systems, policy reforms and process enhancement.

Saurabh is a Bachelor of Engineering (B.E) in Electronics and Telecommunications from The Army Institute of Technology, Pune and holds a Post Graduate Diploma in Personnel Management and Industrial Relations (PM&IR) from XLRI School of Business and Human Resources, Jamshedpur. He also holds the SPHR, GPHR and HRMP certifications from SHRM, USA ¬ – being the only Indian and one among the first 10 professionals globally to hold these three certifications simultaneously.

Apart from his academic and professional pursuits; Saurabh has keen interest in Cricket, traveling, teaching and public speaking. 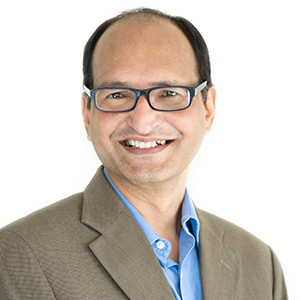 Hari is a senior seasoned HR Leader whose career could be broadly divided into two chunks:
The first 14 years were spent with Tata Steel. Of this the first 11 years were spent as a mechanical engineer on the shop floor, in procurement, and in corporate planning. The next three years were in HR helping restructure the company to cope with post-liberalization challenges where CIS countries were dumping steel at below our cost prices.

The next 18 odd years were with a string (5 of them) of agile and high-growth start-ups. The first four saw successful exits (Daksh was acquired by IBM, listed Virtusa on NASDAQ, Amba Research was acquired by Moody’s and TaxiForSure was acquired by Ola). In each of these startups, he played a key role in shaping their growth and exit.

In addition, during the last 5 years, he has been an advisor and sounding board to numerous young entrepreneurs and startups. He has straddled the entire start-up ecosystem (mentor at accelerators like Techstars, Silicon Road and NUMA; he is an advisor to an early stage VC fund as well as a late stage VC fund set up by Nandan Nilekani and Sanjeev Aggarwal).

He has studied at IIT & IIM and worked at an executive level with multiple start-ups/scale-ups. His strength and passion are in scaling organizations through clear thinking and relentless execution. Because of his education and aptitude, he has good understanding of a wide range of topics that matter for any business.

LinkedIn had identified him as the one of the Top Voices in India for three years in a row (2016, 2017, and 2018).  He has written and shared learnings extensively on various platforms and has authored 3 books in the last three years. The fourth one is slated to be published by Penguin in August.  His recently Co-authored books are
a) Cut the Crap and Jargon – Lessons from the Startup Trenches
b) Cutting the Gordian Knot – India’s Quest for Prosperity
c) Saying No to Jugaad – The Making of Bigbasket.
d) The fourth one slated for publication in August is, “From Pony to a Sustainable Unicorn” 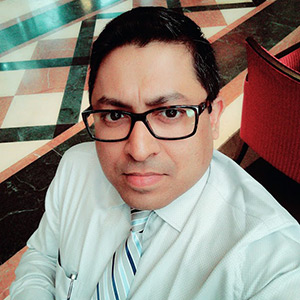 Abhishek is a key member of the Executive Leadership team at Myntra / Jabong. He is a strategic advisor to the business entrusted with the responsibility of building and delivering on the firm’s strategy and vision for the future. His work straddles across the following areas:
a) Human Resources and Corporate Services (Real Estate, Admin).
b) Consumer Experience - dedicated team of professionals managing experience metrics and initiatives across Service, Platform and Product.
c) Customer Care - Contact center operations across Voice, Social Media, Chat and Email spread across 5 locations.

Prior to Myntra, he has worked with Aon Hewitt as a Director & Practice Leader in the consulting business leading multiple practices across multiple geographies for a decade. Earlier, he worked with SAP Labs and Britannia Industries in various HR capacities covering HR management and HR Product development.

He is a passionate people and business leader who enjoys creating customer impact through people engineering. He believes in building lasting scalable experiences with technology at the core.

Abhishek is a thought leader in both HR and CX with numerous articles and publications to his name. He is an accountant by training and an MBA in Personnel Management and Industrial Relations from XLRI School of Management, Jamshedpur. 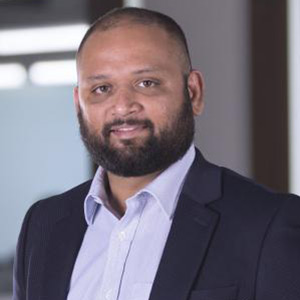 Girish Menon is the HR head at Swiggy, India’s largest food ordering and delivery platform. With over 15 years of HR experience across the BFSI sector (Citigroup, Temasek & HSBC), retail and e-commerce startups (Flipkart), he is responsible for aligning people practices to drive profitability and growth at Swiggy.

Prior to Swiggy, Girish was with Flipkart where he led HR for the First Mile vertical of Supply Chain, designing and executing business goals through people practices. His expertise lies in setting up HR processes for scale in start-ups, managing stakeholders in matrix organizations, driving key people practices, and Organizational Development interventions across multiple locations and cross section of employees with a hands-on understanding of employment laws.

Girish holds a Bachelor’s degree in Engineering and Law, and PGDBM in Human Resources from Xavier’s Institute of Management and Entrepreneurship and is an Executive coach from Neuro Leadership Institute. 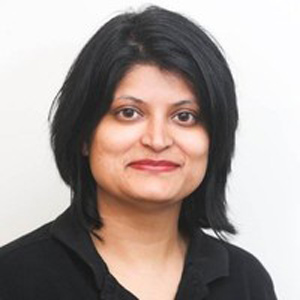 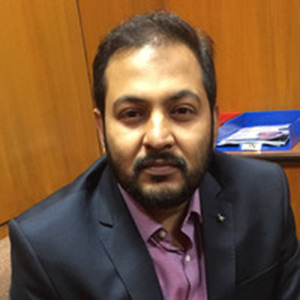 Want to be part of it?

VCC Events opens up the avenues for participation. Join hands to be a part of India’s largest gathering of alternative investments leaders, industry stakeholders and Asia’s influential limited partners, general partners and marquee advisors. Your chance to actively participate and augment yourself as thought leaders.

Attend as a delegate

Refund and Substitution Policy (Differ from one programme to other, please read carefully): No refunds will be granted for cancellations made within 15 days of the workshop. Those delegates, who have confirmed and do not attend, are liable to pay the full course fee and no refunds will be granted. Cancellation fee of 50% will be applicable 30 days prior to the workshop. Cancellation fee of 25% will be applicable up to 45 days prior to the workshop. Company reserves the right to amend content, expert, policy, venue & date(s) of the workshop. Participants will be refunded the registration fee in full in case the workshop gets cancelled. In case of refunds or cancellation mentioned above - the inward and outward Forex transaction cost (s) and currency fluctuation differential will be charged while accounting for the refund. Company assumes no liability for any costs including transportation, hotel reservations or any other costs incurred by participants in the event of cancellation.

Substitutions within a company are permitted through the workshop/training date, request must be by email to training@vccircle.com

Do you have any queries?

Drop us a line and we will call you.

Digital Masterclass on Future of Industries

Add to a calendar